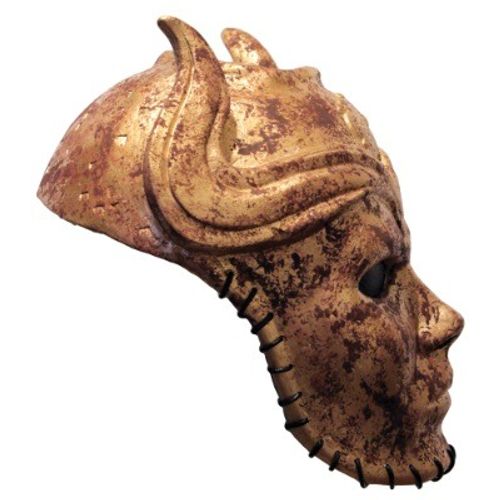 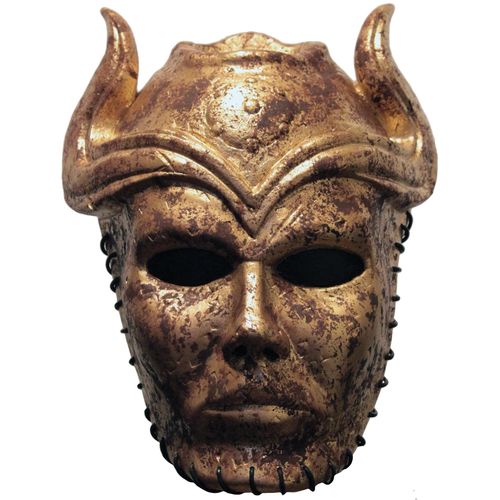 Game of Thrones Son of the Harpy Overhead Mask

Available on this item to mainland UK addresses.

Game of Thrones Son of the Harpy Overhead Mask

The Sons of Harpy were an underground insurgency group coomposed of former slaves fighting the rule of Daenerys Targaryen in the city of Meereen and now you can be part of the resistance as well with this amazing mask.

The mask depicts a face with horns resembling a harpy and covers the face and the top part of your head.

It is made out of resin with dents and scratches and painted gold that seems to be flaking off making it appear that it has been in use for quite some time.

Fabulous range of products and great service. I have bought from this company many times and will continue to do so.

Great quality amazing detail on the figure&#039;s prices are good massive choice well worth looking at 10/10 highly recommend this company

Great service and Terrific quality goods at very fair prices. Son was delighted with the JCB cuff links Thanks again👍

Generally very good, better communication of when the product was dispatched with a tracking number would be more helpful. I had to phone...

So so pleased with my figurine. Received on time and my mum loved it for mother&rsquo;s day. Thank you so much.