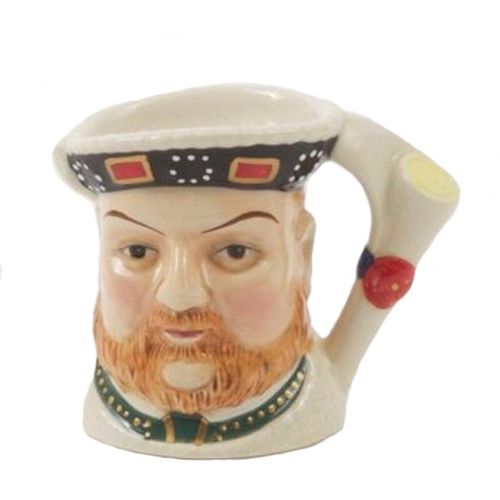 It measures approx 85mm in height.

James Sadler was founded in 1882 in Burslem, Stoke-on-Trent, the heart of the British pottery industry. The first teapots were made using red clay with a dark brown glazed surface. The Rockingham Brown (or Brown Betty as it is affectionately known) is still available today although most of the production is now made from the more elegant white clay. It was not until the late 1680s that the Elers Brothers from Amsterdam, who had been silversmiths, settled near Burslem and applied their art to clay. For the next century the art of the potter continued to improve and North Staffordshire became the centre for Britains pottery industry. By the middle of the 19th century, Burslem was established as the teapot centre of the pottery towns Churchill can trace its origins back to 1795 and the foundation of its first factory in the heart of Stoke-On-Trent in Staffordshire, England. With over 200 years experience Churchills craftsmen have established a worldwide reputation for producing quality tableware and gifts, selling to over 50 countries worldwide

Gift inside the box was well wrapped as was the box containing gift and the parcel itself - no chance of damage during transportation. ...

arrived a bit , but more the Royal Mail fault

I purchased the Sense Aroma Electric Wax Melt Burner Plug In - Tulip Mosaic Pearl Moroccan - for my wife as a Christmas present. Obvious...

We knew the quality of the items purchased, which didn&#039;t disappoint, the packaging, speed and accuracy of delivery was excellent, v...

Excellent service and lovely quality star - so pleased. Will definitely